fun. OR What a Highly Sensitive Person Experiences at a Concert 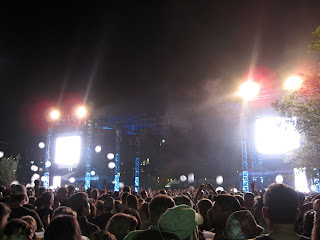 I really love music.  I love really loud music.  No, no.  Really.  People say they love music, but I'm a music lover.  I'm also a highly sensitive person.  A qualified introvert.  I want to share this piece of writing with you because I want you to know what you might take for granted.  I want you to know what some of us mean when we say something was an incredible experience.  I want to put words to an incredible experience.  Jump in to experience the show!
Remember how I told you to never fly between New England and Ohio?  I flew to Ohio.  To go to Bunbury with my familiar, Rebeccy.  (I also then got stuck in Ohio because, NEVER FLY BETWEEN NEW ENGLAND AND OHIO and I missed a board meeting and a day of work I would have been there for, if I had driven.)  . . . Because I love everything and Rebeccy and music.  This was much larger than when I went to Solid Sound.  We saw a lot of bands, none of them bad and I'm sure that they will inspire me to write other pieces.  But what I'm going to share with you today is actually a portion of my personal, paper journal.  Please be kind.  Despite my cantankerous demeanor, I love beautiful, gorgeous things.  This particular one is the performance of the band fun.  This has very little to do with who fun. are and if you hate fun. I think this writing will still have meaning to you.  We all know people who are highly sensitive or acutely aware of things.  I'm that person.  I'm a supertaster.  I hear an unusual range of sound frequencies (despite the beating I give my ears on a daily basis, which I'm sure I'll regret by the time I'm 45).  I can smell a dead deer on the highway from a mile away.  I have a very small two-point limen.  And while I need glasses like a fish needs gills, I'm highly sensitive to what my eyes do take in.  People like me are out there.  I want you to know what life is life for us.  I also just want you to appreciate the astounding parts of life.   If you take it as writing that just has a lot of adjectives, I'm sorry I wasted your time.
One thing you do need to know is that I use a technique called a happiness anchor.  It's when you pick an object, motion, etc. to do/hold/use when you're happy, so that you can remember it later or better recall the feeling when you need to.  You need to know this because my happiness anchor is touching my index finger to the tip of my nose.  When I talk about touching my nose, it's because it's my happiness anchor. 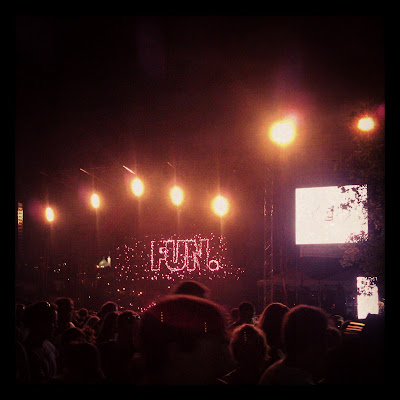