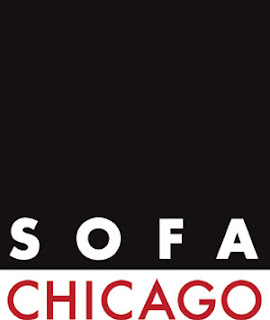 I got in my car and drove to from New England to Chicago, Illinois.  The first weekend in November is SOFA. The comic con of fine craft. What? You don't know what any of that is? Let me school you, after the jump!
So, first of all: Don't ever fly between Ohio and New England, it will only end in misery and despair.  Why the shit would someone drive from New England to Cincinnati and then up to Chicago? For the comic con of fine craft? Because it's a giant warehouse full of beautiful things. Beautiful things you can admire, examine, touch, hold, and, if you're not me, buy.
SOFA stands for the Sculptural Objects and Functional Art Expo. It is held at Navy Pier in Chicago and is essentially vendor booths of high end galleries from across the world.  They have expanded to include dates in other cities (New York, Santa Fe). What began in 1994 has grown into an event attracting more than 34k visitors over the weekend, including me. When I was in college I would go and people would be selling sculptures by Dali. I could touch them. I could meet the artists. Well, not Dali, per se, but loads of professional artists are just hanging out with their stuff and most of them are thrilled to talk to you about their work. Having not been back to the Midwest since I graduated from college . . . I charged up the iPod and hit the road, making it to Cincinnati to pick up a friend who drove us up to Chicago. We introduced each other to things to pass the time (me to John Mulaney and her to Pop Culture Happy Hour).
Chicago is my favorite big city. I can drive in it. It's still Midwesterners and they really are passive aggressively wonderful people.  Second City. The Art Institute. Gorilla Tango Burlesque (we took in the walking dead show). Chicago has some gems without being inhospitable or unbearable. SOFA is no exception. It's a great way to kill a day and make some killer discoveries (I know, kill me for that turn of phrase). Seeing aisle upon aisle of gorgeous object is as fatiguing as you might expect, but it is fantastically striking. Plus, the diversity within and between the galleries means that everyone's tastes are satiated. I become overwhelmed in the city anyway, for all the usual country mouse reasons; the lights, the traffic, the noises, the opportunities, the creepsters. There's something shmaltzy about going to be overwhelmed in Chicago and finding a completely different kind of beautiful, submersive, overwhelming experience contained within the Navy Pier.
I'm just going to show you all this stuff I love. I tried to link back to the artists' websites, forgive me if they don't. I found them all easily from google, so give them a search if necessary.

Andrew Kuebeck
Website is garbage, but google image search his work. He has several series and they are all stunning. Anna Talbot
Absolutely one of my favorites, I wish I had thought of it first. Just gorgeous. 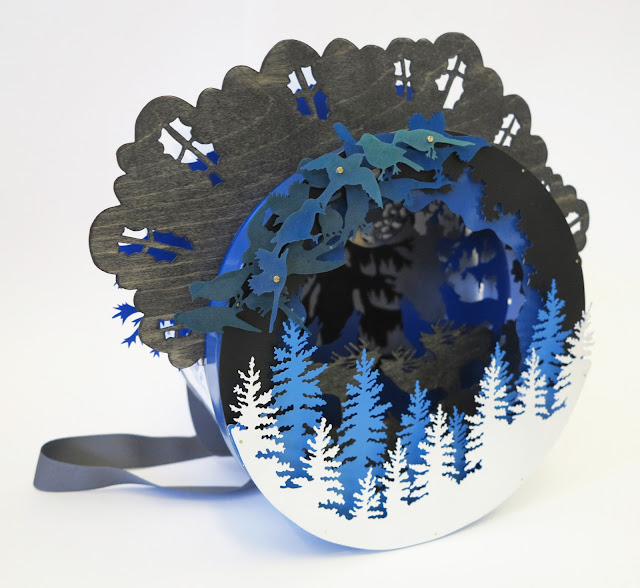 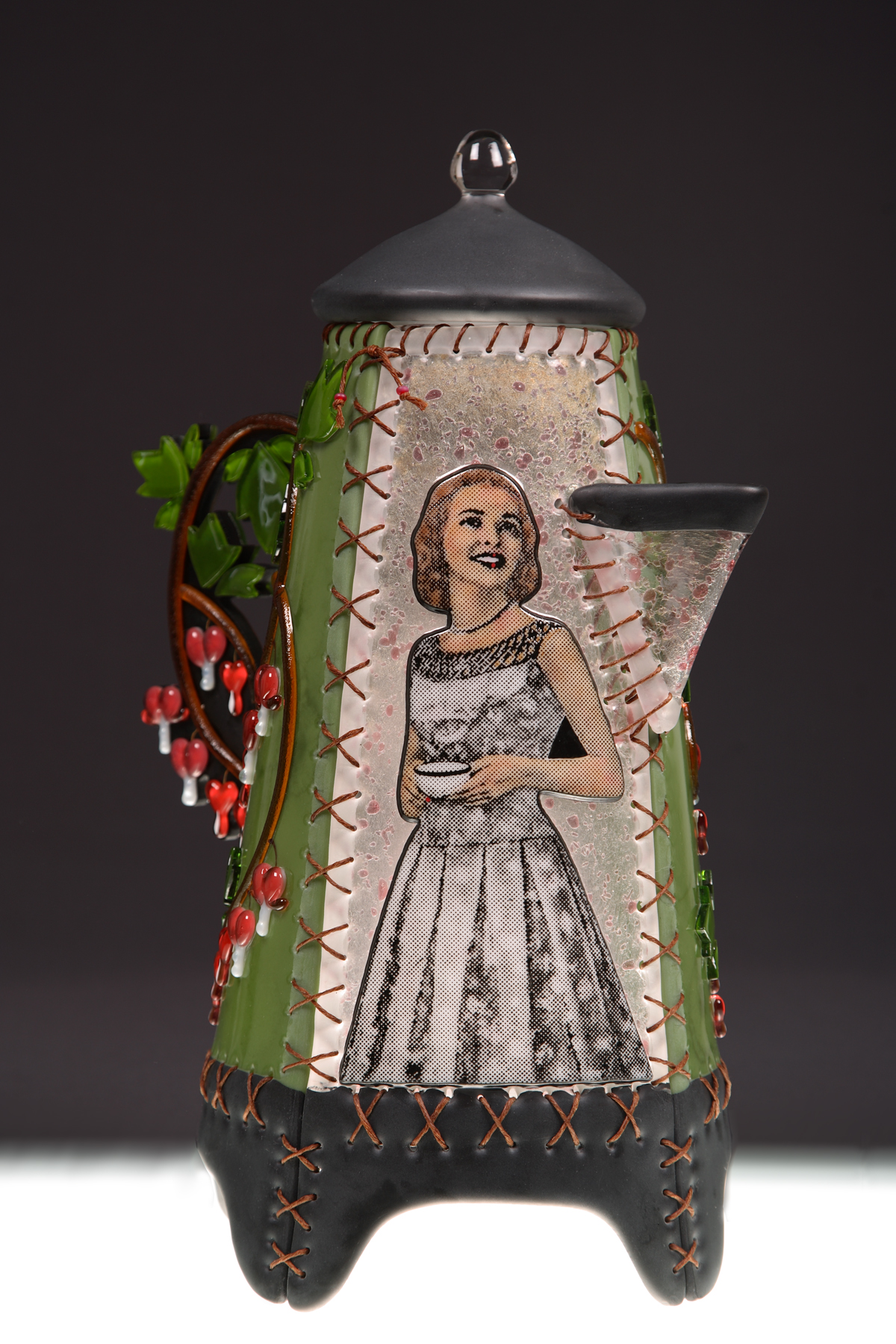 Donna Rosenthal
These are tiny. The top one is woven metal, the bottom one is comics.

Paul McClure
Science and metals marry, I fall in love. Jim Dingilian
This is made by putting smoke in the bottle. Matt Duffin
This is encaustic wax. Not a drawing.

Courtney Timmermans
This is cast resin, but it looks like bb's from up close and the series is called Urban Herd, which I love.