A Love Letter to Rhett Miller (and the Old 97's) 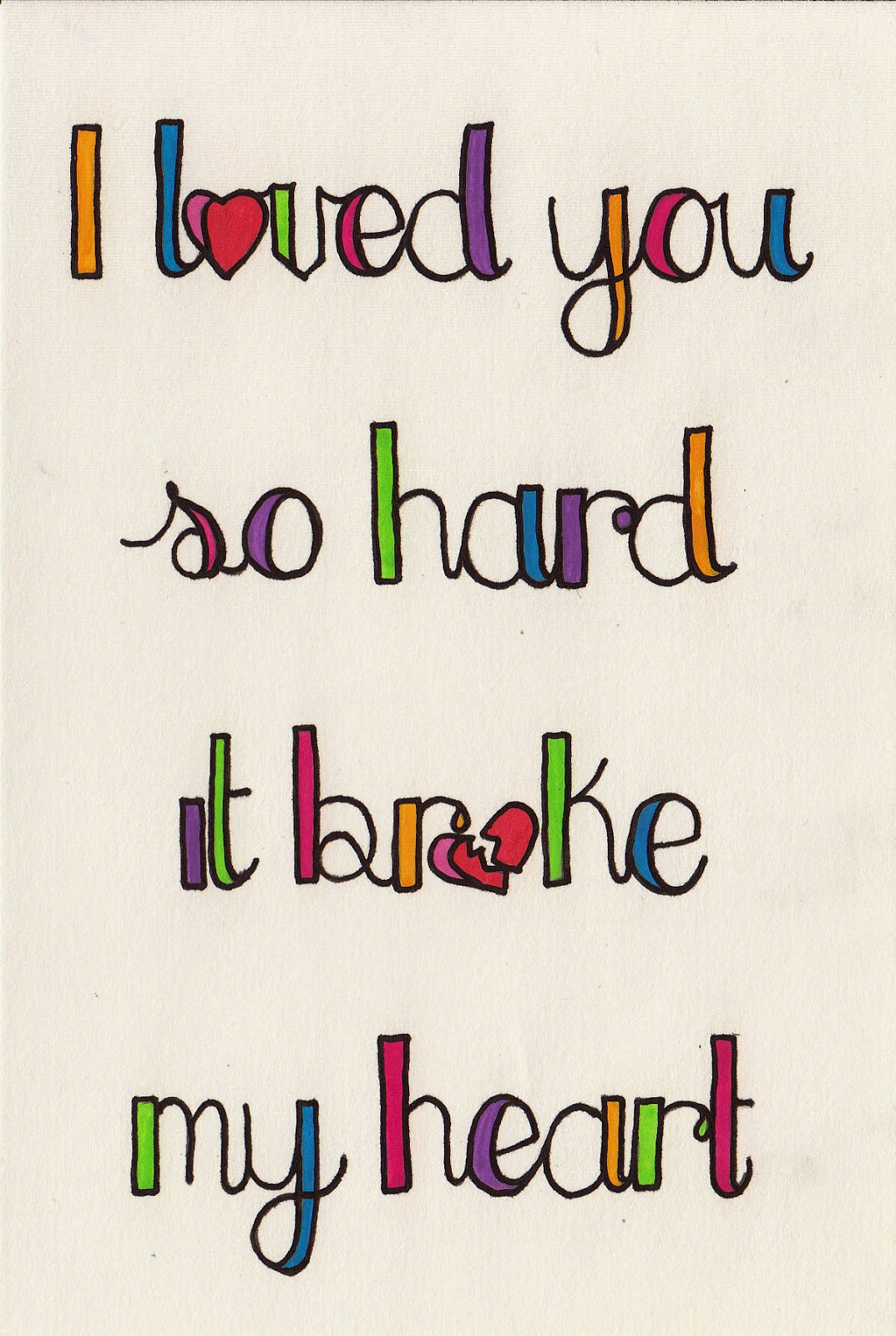 I wrote another crazy, fan love letter.  Fangirl with me after the jump?

Linda Holmes and Stephen Thompson from NPR did a sweet conversation remembering Robin Williams and Linda got me thinking about how culture in the United States "fetishizes insight."  Yet mental health isn't about being the smartest.  Some reflections, after the jump.

A Love Letter to We Are Scientists 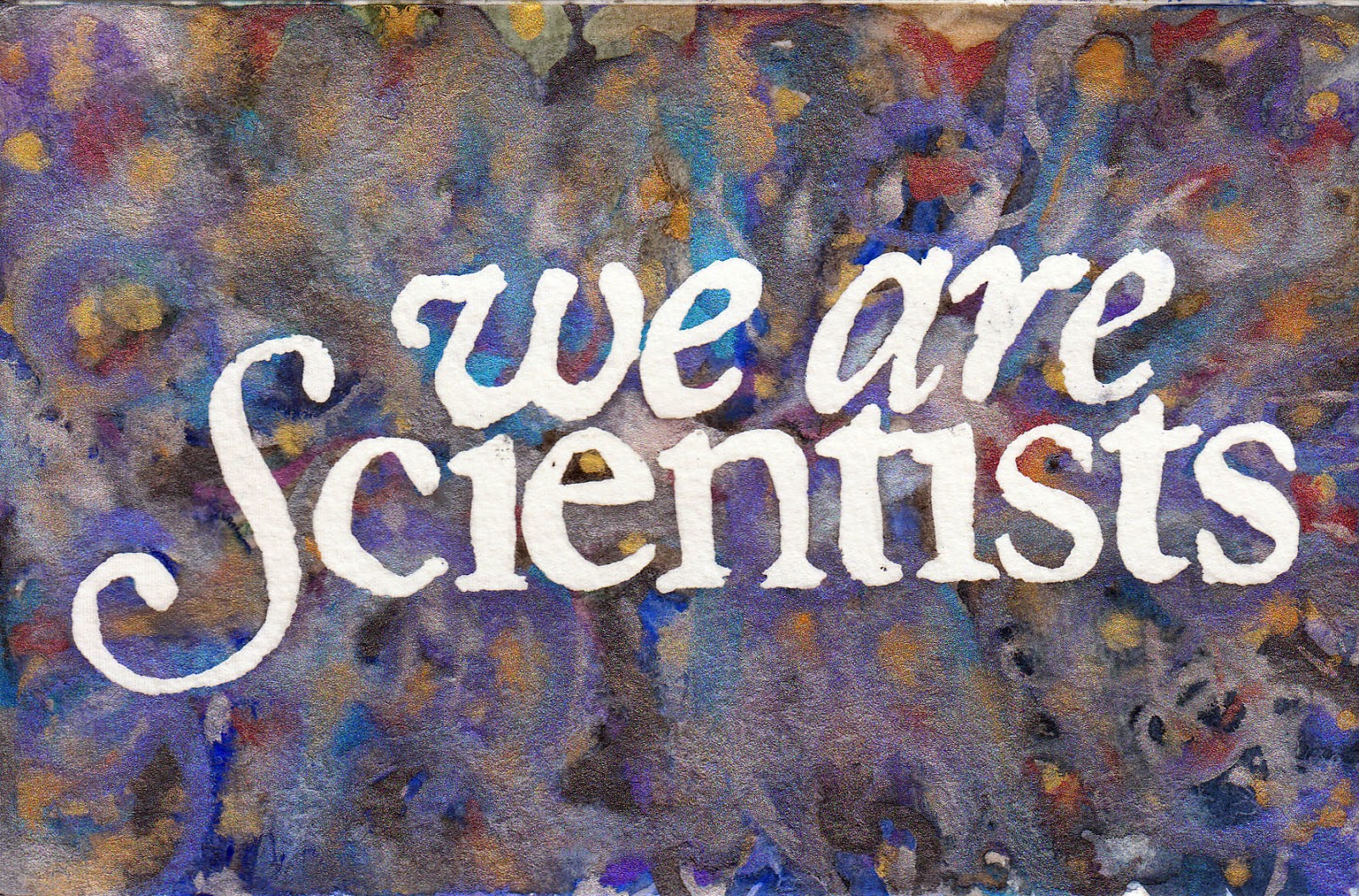 I wrote a crazy fan e-mail to We Are Scientists, because I love them. Be weird with me, after the jump!
Jump in!

Celebrity Crushes OR A Really Long, Scientific, Impassioned Defense of Being Joyful

This is a companion post to something that the illustrious ShortAndAngry1 wrote.  You can read it here.  Or you can be a less read person and just read what I have to say about crushes.  Learn about love, after the jump! #84 Send a military care package. One image is the box with all the items in it; the other image is you delivering it to the post office. (Here's an example of but one link that can help you find out how to do this: http://www.military.com/spouse/military-life/military-resources/how-to-support-our-troops.html.) #92 Forgive someone with whom you have been holding a grudge against. #99 Zombies need to buy toilet paper too, right? What does that transaction look like? #104 Create a geoglyphic sock monkey in a public space at least 15 meters across. #115 Get NPR to do a story that’s NOT super boring on “All Things Considered” or “Morning Edition” or "Weekend Edition." The story must mention your team or your name to prove that you inspired the story. #117 Collect fruit from a tree on from which the fruit hangs over a public sidewalk. Make jam from the fruit. Eat it.

#118 More Youtube videos should be close-captioned. Using YouTube’s close-captioning, close-caption one of the videos you submitted for another item. It must have significant dialogue in it. [Close caption is a YouTube setting, now available for #8!]


#119 “Jump the shark”. You will be penalized if you are bitten or eaten by a shark, so plan accordingly. (Liberal interpretations of this item are encouraged.)

#120 Feed your demons. You are not permitted to submit an image of you eating desert. #124 If Jensen Ackles, Jared Padelecki, Misha Collins, or Mark Sheppard were part man/part animal, what would it look like and what would its name be? Example: “Jensen Catkles” would be ½ cat, ½ Jensen. Tweet the image with the twitter handle of the actor your hybridizing and the hashtag: #GISHWHESspecieshybridization. You only have to amalgamate one of the aforementioned men. Edit the tweet and photo into one image. #130 An angel made from feminine hygiene products. #132 Launch a protest outside a McDonalds claiming the superiority of post-and-lintels to arches.


#133 Draw a New-Yorker-style cartoon for the caption "I told them he was half-elephant!" #134 You or your pet, in period costume, seated on a Game of Thrones-style kale throne. Make it so good that GOT producers would want it as a marketing poster. [We decided that 'naked' was period dress for GoT.] #135 Choreograph and perform The Dance of the Acyclic Graph.

#136 The NSA staff has been outed as sharing inappropriate photos discovered during Internet surveillance. Submit the photo you think is most likely to have come from Misha's computer. #137 Lots of new Internet shorthand has evolved: “LOL,” “IMHO,” “OMFG” Come up with the meaning for the Internet abbreviation "IDGHP" and use it in social media. If you get it to catch on, extra points.

#146 Create an image of the Elopus and Wooster in an epic battle for mascot supremacy. #148 GISHWHES rock band album cover including one, some or all of your teammates. #166 Re-enact the 1980’s “Pepsi Challenge” with a twist. Take two human molars and put each in a glass. Pour Pepsi into one glass and coke into the other and allow them to sit for 72 hours. Remove. Which is better for discoloring/dissolving teeth? Coke or Pepsi?

#170 Trolling for fish is when you drag your line slowly through the water hoping to fool a fish into snatching your bait. On your favorite social media site, create a new user. Your profile avatar will be a photo or drawing of Orlando Jones. Your user name will be evocative of "Orlando Jones." Now, masquerading as Orlando Jones, troll for--and hook--at least 400 followers. #173 You see people holding up signs from time to time that say “free hugs.” I have always been wary of those people. I don’t know what it is they’re after. Are they trying to cop a feel? Get me to buy a timeshare? I avoid them. But your “free hugs” sign won’t leave any doubt in the readers’ minds… Wearing a bathing suit, cover every inch of your exposed skin with honey, peanut butter, syrup or jam. Hold a sign on a busy public sidewalk that reads, “Free Hugs.” Enthusiastically attempt to recruit hug-victims.

#178 Birds have style too. Create an architecturally-significant GISHWHESESQUE birdhouse. Hang it on a tree in a public park. On the photo, write the name of the park and the city and country in which it is installed. #184 Design a sci-fi movie poster with the stars played by Misha Collins and the Queen of England. You may not use existing altered media images. It must be drawn or painted (digitally painted is acceptable). 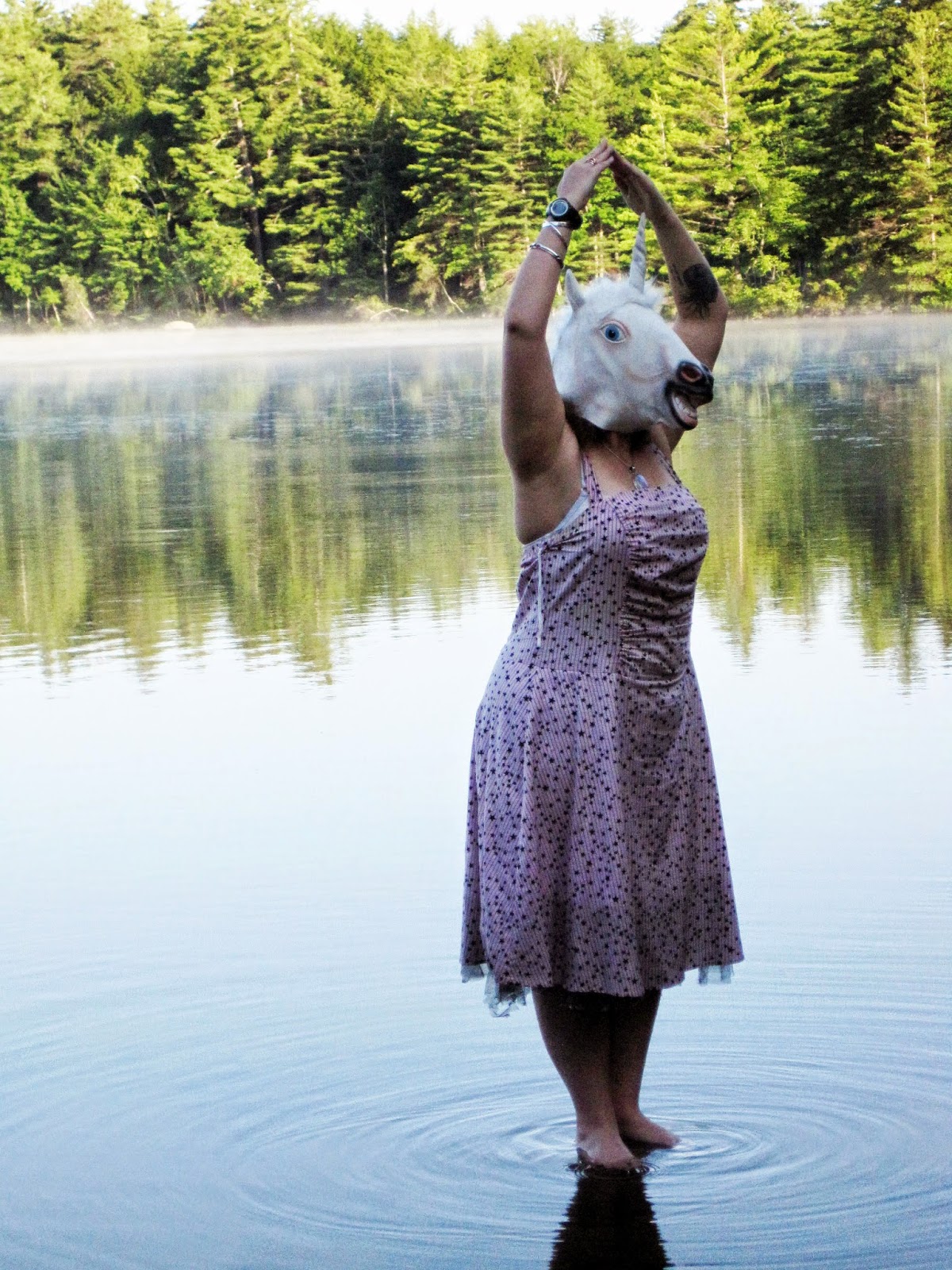 I paid $18.90 for a really bizarre list of things and it was the best investment I could have made.  Here's what our team, the Lunicorns, did.  Laugh with us, after the jump! [Very graphics heavy.]

For the Love of the Drive 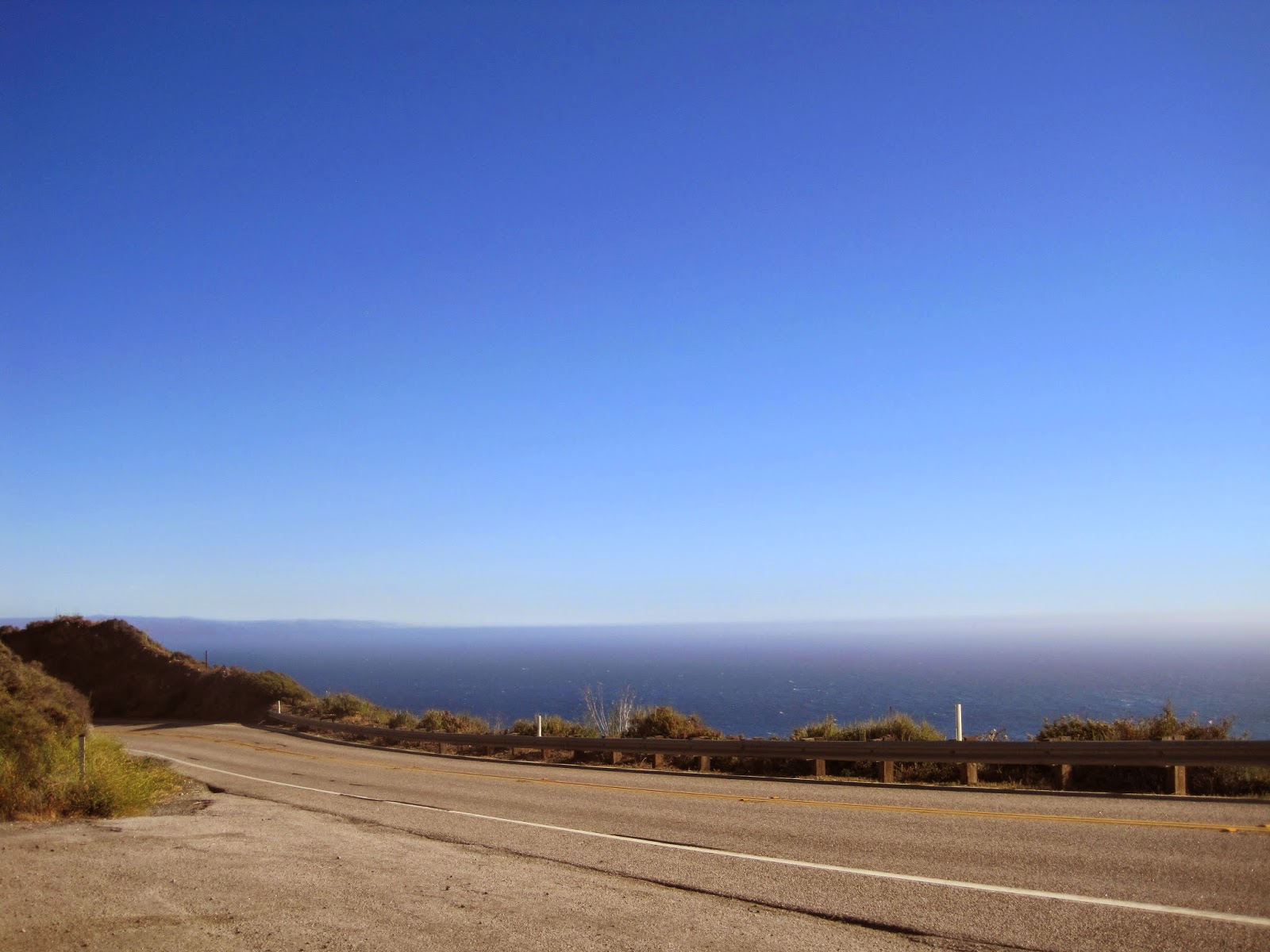 The idea of a road trip has always been romantic, unless you’re Hunter S. Thompson (a different kind of romance, anyway), and I love driving.  I just drove up and down California’s Pacific Coast Highway (PCH) and so it seemed an apt time to talk about how great driving is.  Please, let me drive there. Don't make me take a plane.  I'll drive all over God's green earth and you can have your convenience of flying. Let. Me. Drive. Buckle up for the jump!

The Bitter Taste of Memorial Day 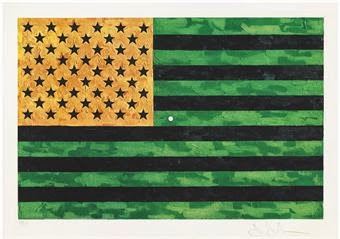 Jasper Johns Flag (Moratorium), 1969
As a Quaker, I feel deeply conflicted and, more often than not, extremely upset by the prospect of Memorial Day.  You can start drafting me your hate mail after the jump.
Jump in!