30 Days of Navy OR Nobody Gives A Shit 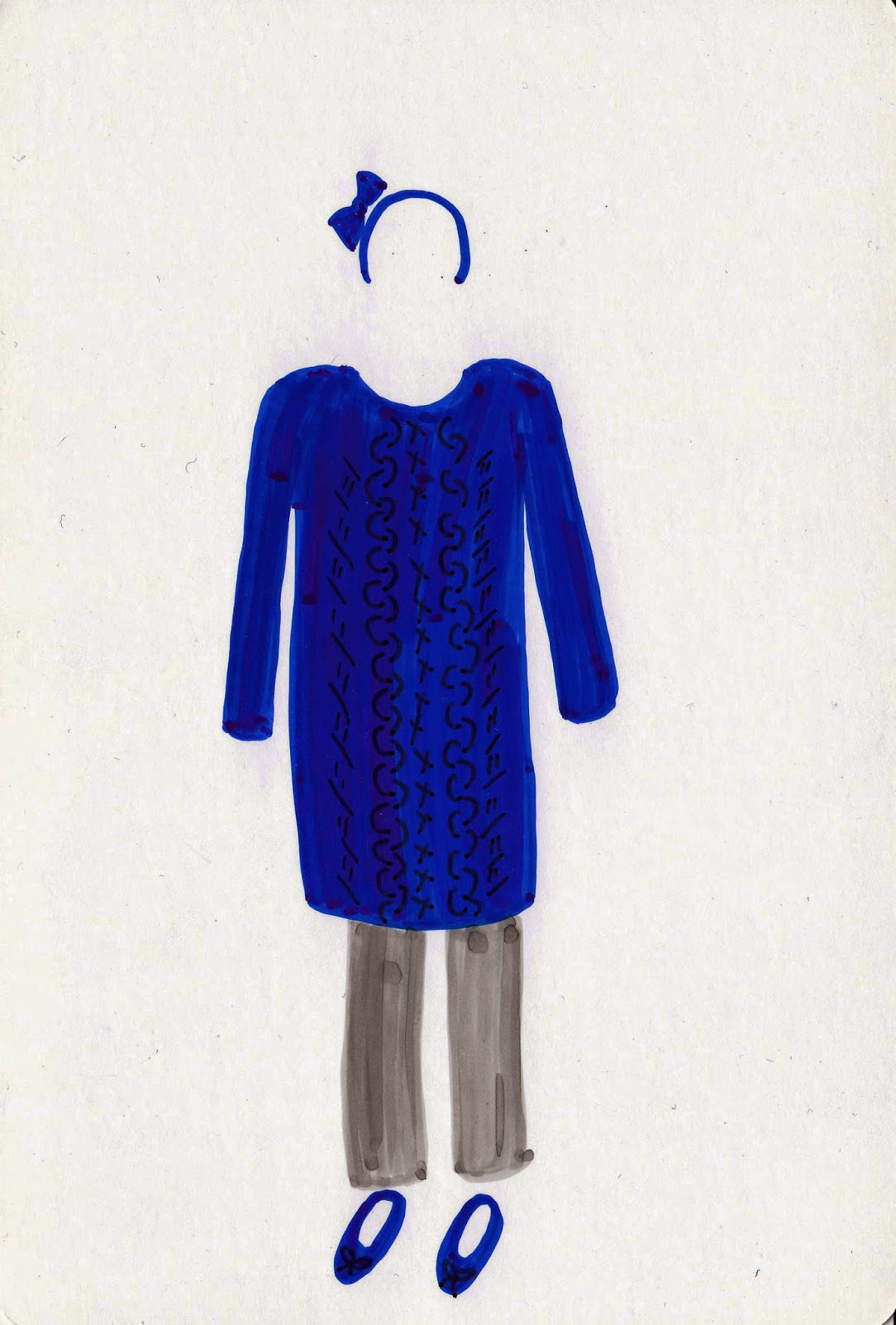 I wore the same thing to work for 30 days.  You did what now? After the jump.
It all started because I was going to a concert down in Boston on February 17th and meeting up with a friend I had only seen before on two occasions.  I was worried I would wear the same thing I had on last time we had seen each other, but my friends assured me that because we had only seen each other a couple times, he wouldn't notice.  I insisted that because we had only seen each other a couple of times he would be more likely to notice.  It was a moot point because I have no idea what I had worn previously, so... I wore this navy sweater dress with gray leggings.

On February 18th, the same clothes I wore the day before were conveniently laying next to bed.  What luck!  I wore them to work and hoped no one would notice how I wore the same thing the day before, less there be a scandal.  I've seen movies, Weren't those the clothes you had on yesterday?  Then the subsequent walk of shame.  (No sex was had, I'm just a lazy slob.)  But no one said anything and no one even gave me a knowing glance.

So I decided to see how long it would be before someone noticed.  Another day passed.  And another.  And I figured that surely, by the end of the following week, someone would catch on to how I was wearing the same god damn thing and the same fucking ugly shoes.  No one did.  It became apparent that I would have to set an end date to this.  So I picked 30 days.  I wore the same thing to work for 30 days.  Not just 30 days, one month-- it was 30 work days.  Every day I was at work for 6 weeks, I wore the same outfit.  (Settle down, I washed it.  I washed it.  That thing got a year's worth of washing in 6 weeks).  It got to the point where I had to tell some of my clients because I was worried they would think I was a nutter and according to my theory, they would be more likely to notice because I saw them less often.  In their defense, most of them thought I was a nutter after I told them, too.  My 30th day happened to fall on April 1st.  I couldn't tell people on that day.

On April 1st I walked into a friend's apartment (she wasn't at work that day) and she said, "Hey!  Didn't you wear that yesterday?"  I yelled at her.  At the end of my 30th day, someone (a close friend!) had finally noticed.  When I explained what I had done, she first didn't believe me.

On April 2nd, I sent an e-mail to all the staff in my building requesting that next time they believed themselves observant or assertive, they should consider the evidence that I wore the same thing to work for 30 days and if anyone noticed, they didn't say anything to me.  Several people didn't believe me.  One person noticed because I had lost 10 pounds in those 6 weeks and suddenly had a waist in my sack dress.  The newest people at work did notice (presumably because they had only ever seen me in one outfit) and most of my closest friends didn't (perhaps because they had a library of memories which included many outfits I had worn).

All of this to say; wear whatever you'd like, cause people definitely don't give a shit.  And now you can do way, way less laundry by wearing everything twice in one week.  Granted, what I wore wasn't especially flashy or unique.  Though the shoes were exceptionally ugly and I really thought people had more respect in my taste than that.  It's like that Buffy episode where you learn that everyone else is so preoccupied with their own crap, they really aren't scrutinizing and giving you the attention like ego and/or anxiety whispers in your ear.