Edward Gorey and the Portland Museum of Art 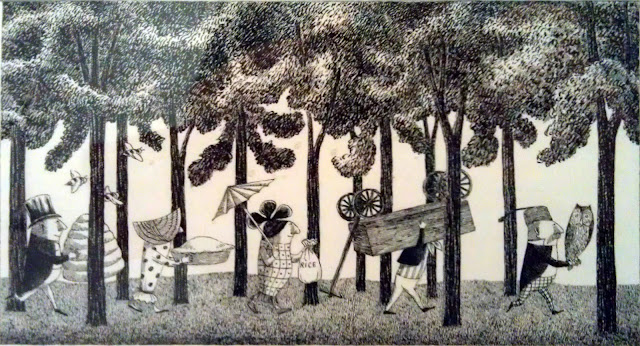 Isn't that just the greatest?  Who the hell is Edward Gorey?
Edward Gorey was an artist mostly known for his pen and ink drawings, many of which are complied in books now.  His work is also used as the animated introduction into . . . Masterpiece Theater? I think that's the one? on PBS.  Why should you care?  Because they are cool looking, contain interesting and imaginative subjects, and there's a rude sense of humor that appeals to all.  A friend and I took a ride over to Portland, Maine for the exhibit, which was at the Portland Public Library.  So, I took all these pictures at the exhibit, but there's a museum of his home that probably owns all the copyright, so . . . please don't come for me. 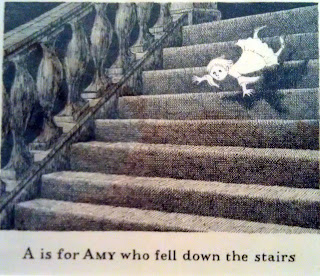 This is from The Gashleycrumb Tinies and it's all about how 26 children die.  I love that book.  I know it all off the top of my head and it's what I recite to myself when I can't fall asleep.  So it was pretty cool to see the original artwork and even a sketch where he wasn't sure what he was going to title it.  His works are small and intricate, I'm sure they are either a huge artistic influence or contributing factor to my obsessive compulsive personality disorder.  One or the other, no doubt. 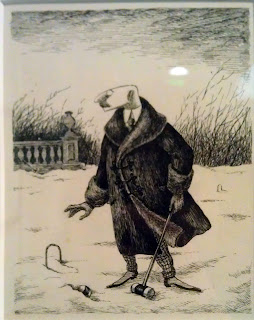 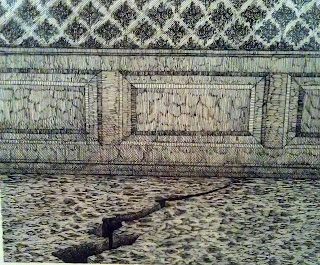 I tweeted at the time that Edward Gorey was noticing the cracks in the universe before the Doctor and Amy Pond fixed them all.  If you don't know what I'm talking about, do yourself a favor and go watch Matt Smith on Doctor Who.  It's on Netflix.  Make it happen.  Be a better person and get my jokes! It's a 2-fer.
Portland also has a really beautiful art museum.  The Portland Museum of Art has a truly remarkable collection for a modest museum in a small city.  They obviously house some lovely Maine classics: Rockwell Kent, several of the Wyeths, Winslow Homer . . . But they also have Renior, Monet, Robert Indiana.  They also have perfectly gorgeous pieces by people you've never heard of, but should take a gander at their work.  Being an art museum, they also have hilarious pieces like this giant surfing lobster bowl thing, which, again, I tweeted a joke about it being the next SyFy channel original film. 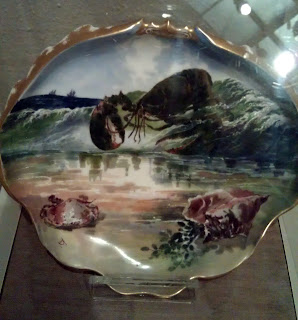 Point being, why is this in the bucolic section?  Because there's really great stuff here.  You don't have to go far for a bit of culture.  I'm not saying that if you have the choice between the Met and the PMA, you should go to the PMA.  But I am saying that if you want to just go see some art, it's not difficult to go take in some classics.  Small art museums know their weakness is being small, but a lot of them have excellent curators who go out of their way to make the small experience a worthwhile one. 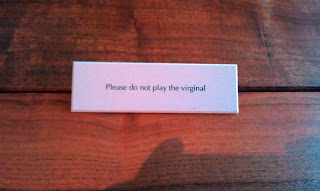