#StephStewart OR My 2016 Annual Goal 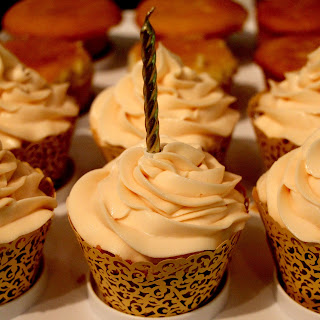 The annual goals for 2016 were #StephStewart and it was the hardest thing I've ever done.  Now that I have some distance from it, let me tell you about the 100 Martha Stewart themed things that I did for a year.  How far down the rabbit hole did I go?

You can read about my previous annual goal here.  For 2016, I was trying to focus on finding some more balance in my life (I know, stop laughing) and home homeostasis-- not letting everything pile up to the point of catastrophe and then having to do deep cleaning, pick ups, a week straight of chores.  So I picked a list of 100 things and some of them were things I had to do daily, others were weekly, monthly, or quarterly, and some were just one time acts.  Part of the idea behind the daily and weekly things was that if I missed a day or a week for whatever reason, I wasn't allowed to throw in the towel and just abandon that goal.  I had to get back into action as soon as possible.  That's not how I operate.  It was a tremendous challenge.  Keeping routines and thinking short term as well as planning for long term is not my strength.  This #StephStewart thing was one of the hardest things I've ever done in my life.  The whole list of 100 things is here and I tried to give a little explanation of what some of the items were.  Here are some of the highlights though:

I and two of my best friends embarked on a road trip from New Hampshire to Ohio to Tennessee to New Orleans to Georgia to Virginia and home again-- Complete with Spotify playlist, obviously.  We did it in a week.  It combined two items because our destination of New Orleans was selected to allow me to complete my journey of seeing all 50 states in America before I was 30 years old.  We got wonderful goodies from the Bon Bonnerie in Cincinnati.  We had "Large Format Cocktails" in Nashville at Bakersfield.  We ate beignets at midnight at Café Du Monde.  I made my poor friends explore a cave with me at Mammoth Cave National Park (see below and Ativan for the assist!).  We got to see beluga and penguins at the Georgia Aquarium.  I had my first experience on an army base while in Virginia.  I made my friends listen to the Risk Podcast, which I have dubbed The Emotionally Devastating Podcast, and a story from that comes back in the play we saw...

National Park Pass
When I was in Theodore Roosevelt National Park last year I bought a National Park Pass and decided that I had to use it before it expired.  I took my friends to Mammoth Cave in Kentucky.  They were wary of being in a cave.  They were mad when we kept going into smaller and smaller spaces with a child behind us helpfully touting, "It keeps getting smaller and tighter!"  They stuck it out and it was so amazing.  Who knew that a hard, dark canal would make us all so juvial [don't worry about that word].  Shout out to Ranger Jim, our guide, who was a tremendously fun, calming guide.  We got to celebrate living through the ordeal with Bon Bonerie cupcakes.

Make the bed
My Mom always wanted me to make my bed.  I never did.  She couldn't win.  It was futile.  So for this year, I made my bed every day.  Every. Day.  At first I started with Scandinavian style, because the husby and I sleep with different accessories.  By the end, we had just one sheet/blanket set up and I made the bed every day.  And I've kept up with it!  It's crazy!  You know what?  I kind of like it now.  It is nice to come home and just peel the sheet down to get into bed.  I can't believe I did this one.  Truly a feat like none other.

See a play in NYC
My dear, daring, darling friends who went into the cave with me, also went with me to New York to see Chris Gethard's Career Suicide.  It's Gethard's one man show about the hilarity and hope of depression.  On our road trip, I had my friends listen to this amazing story on Risk!  You can listen to it here (it starts at about 1:20 and the story before it is bone shaking, fyi).  It's now an HBO special you can see and I can't tell you how important it is that you watch it.  The show is a brilliant showcase of what it feels like to be isolated and held hostage by the depression affecting one's brain.  It rings so true and is so funny and Chris Gethard is so winning and kind.  It should be mandatory watching for all Americans.

Interview a friend
I interviewed my friend and human anomaly, Corey.  It was a kind of combination of life story and pop culture narrative.  How often do you sit down with someone and have the sole task of listening to them and who they are, what has made them, and how they view themselves and the world.  I highly recommend it.  I asked him about music and Britney Spears and dating and his family and being a teacher and the meaning of life.  I interviewed my Mom, too, but that was more awkward.  My Dad didn't want kids! (It was like the cat, she said, once I was there it was fine.)

Listen to suggestions
This meant that I just had to seek out and try the things people recommended to me.  I listened to new podcasts, watched different tv and movies, read articles... It was just the stuff that people tell me and that would usually just go in one year ear and out the other.  Listening to what people were excited to tell me about was helpful.  Who knew!  It took some work, there was a learning curve; I had to write them down in my phone or they were forgotten as soon as the conversation ended. 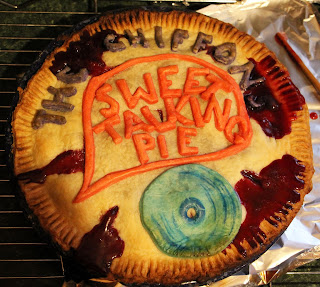 This is the pie I made for one of the months.  I was listening to a lot of 60's girl groups and the Chiffons have a song called Sweet Talking Guy... I crack myself up.  But it was fun to frivolously bake and just have fun... instead of frantically baking for some upcoming event.

Quarterly half-marathons
Last year, I ran my first half-marathon.  This year, I decided that I would run one every season so that I couldn't stop running and slack off.  It was a good idea and a hard one to stick with.  But the beauty of these things is that if I want to get it done, I have to keep going, even when I don't want to.  For someone who never thought they would run a 5k, I can't tell you how good it felt to be able to run 13.1 miles every 3 months.

What does 2017 hold?  An abecedarium-- A list of one thing for every letter of the alphabet.  On the one hand, it seems like a more manageable task with 75% fewer items.  On the other hand, I am going to try and run a whole 26.2 marathon so this might be the last you see of me.