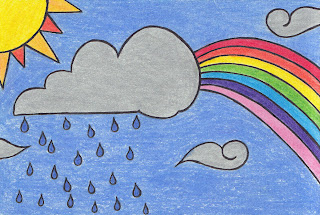 There are a lot of things in life which are arguably and often critically bad.  Whether it's music, books, art, movies, or whatever else, we've all liked some bad stuff from time to time.  Guilty pleasures or plain ol' garbage, we should be more kind to each other and ourselves because I'm here to argue that the bad stuff has real value.  It's a you-have-to-have-the-rain-to-see-the-rainbow kind of post.    Dig into the dumpster, after the jump!


Art gets made for all kinds of reasons and beauty is in the eye of the beholder, so this whole argument is already a little moot.  Acts like Nickleback and Dane Cook become punchlines in and of themselves and sometimes that's fine, believe me, I love a impassioned rant on how shitty Nickleback is.   It's important to also allow people room for bad things.  I'm not saying it's good to like bad things, but I do think we shouldn't give the people a hard time for what they like.  Ragging on the individual will probably create some defenses and stubborn people will dig their heels into the muck.  For a lot of people, liking the bad stuff is part of a larger exploration.

I am living proof that people who like garbage sometimes grow to like other things.  (Literally! I loved Garbage as a youth! . . . You had to have seen that joke coming, right?  Also, I still like Garbage, I saw them just last fall.)  Growing up as an only child in a rural area with a parent who was nearly nearly two generations ahead of me, my exposure and options were limited.  I got great things from that, too-- The Clash, Grateful Dead, Joni Mitchell, Cat Stevens.  I also just had to listen to what was on the radio.  We didn't have a college radio station.  My ability to be exposed to wonderful things through exploration was limited.  As I dove headlong into my love of Collective Soul, assisted by a Columbia House membership, I discovered the common threads of what I value in music and could follow those threads to other songs, albums, and bands.  The internet was initially too much information to use effectively, but eventually I found new nooks and crannies of the internet, most importantly Audiogalaxy and the boards on Bolt.com.  I found new magazines like Under The Radar and my friends made me mix CDs.  Through exploring, I discovered the essences of goodness I most responded to.  Not just for music, either.  I used to love Dane Cook and now that I've grown into a comedy nerd I can point to the elements of Dane Cook's act which appeal to me and the ones I disdain.

Bad things often act as a gateway to the great things.  So I say, don't rag on the people.  When someone says they love Nickleback or "Cheerleader" by OMI, I ask them why (and sometimes that question is challenge enough to push people into new areas).  When we learn the why of someone's attraction, we can help them grow.  "You like a pop sound with a great beat?  Have you heard the Knocks?  Something more dance-y?  What about the Chainsmokers?"  The inverse of understanding and being able to express your own distaste is also important; if you call Nickleback garbage, you need to be able to point to the candy wrappers, potato chip bags, and cigarette butts, thereby calling attention to the offending elements.  Approaching people with this kind of generosity can be difficult, but it gives us the chance to help cultivate more greatness instead of shaming people.  We can do this with everything-- movies, visual artists, websites, television, books, writers, ideas!  Many people who blurt out enthusiasm for something vile may simply not know the good stuff they're missing.  Share your enthusiasm with them!  Chastising someone for their tastes doesn't help them cultivate a gourmet diet, it pushes them further away from connections and options.  Show a little sharing-is-caring attitude and stick up for the good stuff you love.  Bring people over to the good side by offering a hand out of the dumpster.  Giving people the opportunity and support to expand and explore means that Nickleback will have fewer fans and isn't that a dream we can all get behind?