Enjoy What You're There For OR A Defense of Opening Acts 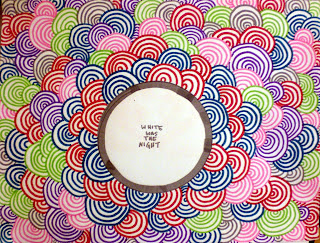 I'm not one of those people who show up late to shows to miss the openers.  I recently heard a friend complain about having to sit in the front row and wait out the opener before the band she came to see took the stage.  Openers are such a fun experience of newness!  Here's the thing, when you intentionally skip or talk over all the opening acts, you're really scamming yourself.  Let me convince you, after the jump.

Here's why you're scamming yourself when you intentionally avoid openers: Some openers are fantastic.  I go to a lot of shows.  I'm no Bob Boilen, but maybe someday-- he has more practice than me.  Often times, people I go to concerts with skip the opening acts and try to arrive just before the main act starts.  Psych! to the people who went to see Beck and he had no openers so people missed the whole show.  I know that openers are lesser, by most people's definition.  But it's rarely that they were pulled off the street in desperation and are awful.  Don't get me wrong, I've seen some stinkers... but I've also seen some main acts be stinkers.  So slow your roll and give the newbies a shot.  (Or the oldies you didn't know were doing something different; I once saw Chris Carrabba of Dashboard Confessional almost unknowingly because I had no idea he was now a part of Twin Forks.)

In the purest sense, opening acts serve to warm up the crowd.  They also serve to give emerging artists and, yes, smaller acts to meet a bigger crowd and potentially expand their listeners.  Except in rare cases of urgent need, opening acts aren't picked at random.  There is often a combination of the main act selecting some choices, availability, record labels and agents getting their fingers into the pot, and good old fashioned chemistry.  Opening acts sometimes truly capture the crowd and manage to control the room, like any good performer.  Opening acts sometimes suffer the fate of a loud and noisy bar whose attention they can't grab.  Opening acts sometimes win over my heart totally and completely.  When I'm not captivated, I don't feel as though I have lost anything-- I paid for my ticket, it's a night out, usually there's beer, and really, what else would I be doing?


I think main acts are more successful for me than opening acts only because I know what I'm in for.  The X factor of my choice is the only thing missing for opening acts and so yes, they are not as successful experiences as main acts.  But please do not forget that sometimes the main act I pay a lot of money to see is absolute junk, sometimes the opener is better.   I saw a band called the So So Glos open for Desaparacidos, a band I have deep, decades deep, feelings for and when we left the show my friend and I agreed that the opening act was superior!  The last time I saw Ryan Adams, he bravely had a comedian, Joe Zimmerman, open.  It got off to a rough start, but once people settled in and he caught their attention by joking about how people were expecting music and got stuck with him, he served his role of warming up the crowd perfectly.

It's a monumental task to entertain a large group of people who are not there to see you.  It can be brutal doing opening acts.  A crowd once tried to get Andrew WK off stage by booing and throwing cans, but he just kept on partying.  Attendees who are in the rows closest to you often have the least interest in you and view you as a obstacle between them and the band they are passionate about.  I beg of you, fellow concert goers, give them a chance!  Bands, managers, and booking agents don't want to give you shit!  They want to get you turned on to something new.  They want to serve you up a big helping of something delicious you'll come back for.  Know who I've seen as openers?  Feist, Icona Pop, M. Ward, twenty one pilots, Torres, Phantom Planet, John Prine, and Jenny Lewis.  So if you like the main act, respect their choice of opening acts, they want to share something good with you.

Nobody starts out at the top (shut the fuck up, One Direction, no one's talking about you) and people work their way up, sometimes in front of your eyes.  Be a hipster nightmare, latch on to new bands who are only just developing!  Give your attention to the folks who are being served up for you, they aren't there on accident.  Don't be dismissive and screen them out on Spotify before you leave for the venue (Secret Weapons had only one song streaming and it was the weakest of all the songs they played, though the most pop friendly).  Give them a chance, you paid for a night of entertainment, get it!  Get into it!  And if you're not going to, for the love of god, keep it quiet so the rest of us can hear the Antlers over the bar.