I work with someone named Phil.  Phil likes to play "pranks" on people.  Inevitably, Phil pranks people in the office who are much better at pranks than he is.  So it started with this picture of Slim Goodbody appearing on my desk at work (it is also in a very shmancy golden frame), usually while I was in a meeting and Phil was out causing trouble.  And I would go and put the picture back on Phil's desk.  Then, this bizarre cat litter scoop holder would show up, it was shaped like a cat.  More on that later.  And I would return it to Phil's office.  Then, this Menudo record would show up in my office. 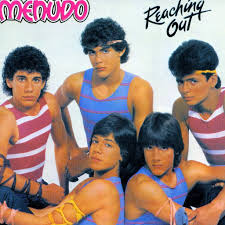 And . . . I would put it back in Phil's office.  It went on for about 6 months.  It was time to exact revenge.  Not the best revenge, but it was done in broad daylight and was highly effective. 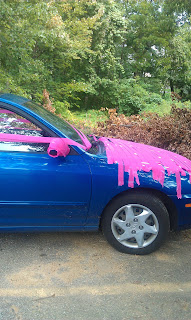 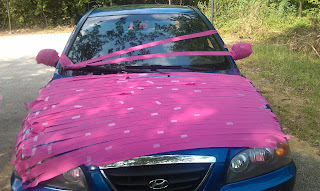 Sadly, I did this the week before I went on vacation.  So I came back to this: 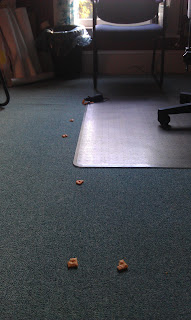 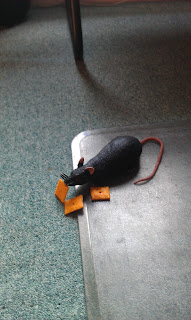 Things went back and forth.  In addition, a Justin Bieber poster appeared on the back of my door.  I have left it up because it seems to have diagnostic properties.  Gasp!  I love Justin Bieber!  He's so dreamy. versus That kid is such a fag, I hope he dies, he is the reason I'm depressed.   Then, there was this freaky weird serta sheep that is top heavy and when I picked it up from the back, I smashed its ceramic face on the floor . . .  which you will also see below, as it has since had some updates.  Also, photos from here started to appear on my walls.  So, once again, it was time for me to take revenge.  This time it was better.  I'll have you know that Phil shares an office so I couldn't cover the whole room. 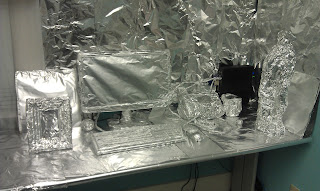 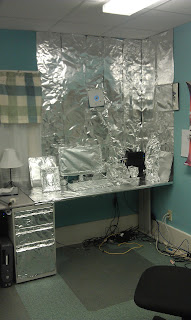 I also left the Justin Bieber poster back in Phil's office and the awkward family pet photos.  Phil then adjusted the serta sheep to scare the crap out of me and another fellow coworker gussied up the cat shit scooper. 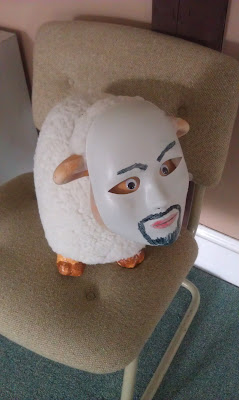 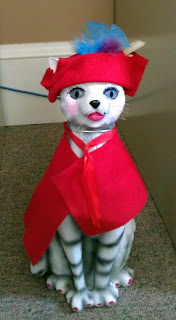