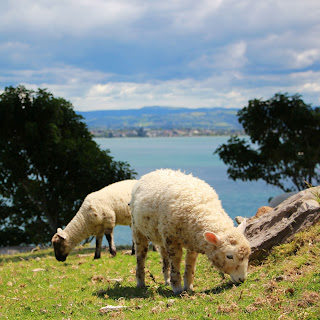 For 2018 the theme was #THINKBIG.  After last year’s many goals and many years of completing goals, I wanted to go for bigger things but fewer things.  In the end, I think it was just as much work, which wasn’t really what I was going for.  Turns out, when one has their mood disorder well controlled and treated, one sleeps like a normal human and doesn’t have the same amount of free time one used to.  If you want to see what I’ve done in years past click here.  If you’re the TLDR type: This year I did a mountain Traverse, went to Hogwarts, stayed in an Ice Hotel, visited New Zealand, began the process for Kidney Donation, went Backpacking, attended films at an Independent Film Festival, and studied Graphic Design.

Traverse
My plan had been to complete the Presidential Traverse, however because I got wicked sick during the month I had planned to complete the hike and it snows in September up on Mount Washington, I had to make another arrangement.  I was so pissed, but the Presidential Traverse shall be mine some day!  My other arrangement was to traverse the Squam range—Mt. Squam, E. Doublehead, Mt. Percival, Mt. Morgan, Mt. Webster, Mt. Livermore, and Cotton Mtn.  I grew up with the Squam range out my bedroom window and one of the peaks, Mt. Morgan, remains one of my favorite hikes.  Despite these facts I had never hiked three of those peaks.  It was fall in New England.  It was a gorgeous day.  On the way up my Mom wanted me to stop by and she gave me some trail mix, some flowers, and a container previously filled with brie cheese which she had filled of the ashes of two dear friends and their three dogs.  My mom is…a subject previously expounded upon.  I spread the ashes on a mountain top with a view of their home.  I have no idea why my mom had the ashes of their three Spaniels.  There is a magical satisfaction ascending up one end of a ridge and descending down the other 13 miles later.

Hogwarts
I read all the Harry Potter books.  I saw all the Harry Potter movies.  I’m one of the people who have been quite moved by them and admire the world built.  So one of my dearest friends and I flew down to Florida for my 3rd ever trip to a theme park.  We went in September when the park was comparatively empty and thank god because it was still my max people tolerance.  We ducked behind the wall and walked into Diagon Alley.  We got wands at Ollivander’s and had butter beer and saw the fire-breathing dragon and rode the Hogwarts Express to Hogsmead and the castle.  We got to peak into Knockturn Alley and cast spells to make it rain, move objects, and get things to sing.  I get motion sickness severely, so I only did the Escape from Gringott’s ride, which was a blast and had no line.  Even without doing the ride in the castle, we got to walk in and tour it, see the sorting hat, etc. etc.  Tremendous to have had an opportunity to steep oneself in the environment so stunningly imagined.  It was truly enchanting and I am so grateful that I got to experience with a friend who was just as excited as I was, what a drag it would have been to go with a wet blanket. 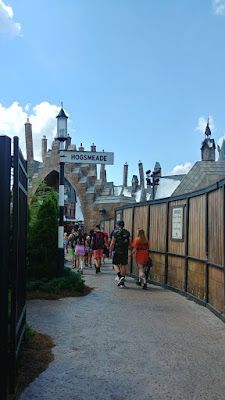 Ice Hotel
Ok, so I had heard about this place in Montreal for years.  Every year, they build a functioning hotel made entirely out of ice and snow and theme it differently.  It happened to be the weekend of my boyfriend’s birthday and our six month anniversary.  D’awww.  The place is amazing and we went tubing.  I hadn’t been sledding since 1st grade when I had an incredibly bad crash and lost all the skin on the left side of my face.  There were outside hot tubs and an inside locker to put our things in and indoor toilets… which was actually bothersome because it meant walking across the cold between the ice hotel and the main hotel.  Walking in through the doors, everything is ice.  The seats, the walls, the chandelier, the bar, the walkways, the ceiling are all ice or snow and many of them have decorative carvings.  The ice is shiny and wet and smooth.  The snow is compact and granular and matte.  There are endless textures in an encompassing enclosure of white, blue, and gray.  They have loose, coarse snow on the group so one can walk without skating along.  The staff came around at night and left us a -30 rated sleeping bag and a -40 rated sleeping bag.  We did some ice carving and had drinks in the bar… which came in glasses made of ice.  There was a slide.  The theme for the year was the circus.  Before bed we went in the hot tubs and took the pro-tip from a staff member to leave our towels in the sauna so they would stay warm.  What a brilliant woman she was.  The bed platform was ice with a pad on top of it and the light in the room comes from a light build under the bed platform so that the ice diffused and projected the light.  We ended up almost being too warm during the night and when we woke up it was gentle snowing threw the vent hole in our room.  Surreal.

New Zealand
I had two friends move to New Zealand, so I figured it was a good time to visit.   On the plane we crossed the International Date Line and failed to live Thanksgiving Day 2018.  We were greeted by sunshine and spring in Auckland.  Rose gardens, lunch in the southern hemisphere’s tallest building’s rotating restaurant, a tea planation, glow worms, the best day of my life, black swans and black sand beaches, sea shells upon seashells, my friends, an octopus in the wild.  For the first time, I have an answer to what has been the best day of my life so far:  Lazily waking up in a bedroom across from the beach, face to face with a man I love.  Laughing with an old friend while having cookies and crumpets for breakfast (I became addicted to Squiggles).  Driving inland with my boyfriend to have high tea at the Zealong Tea Estate where we got to drink tea while watching people harvest the leaves and have a lovely high tea food spread.  Returning home to relax, nap, snuggle, etc.  Heading out to pick up picnic supplies at the grocery store and going to McClaren Falls Park to have a picnic with friends.  Exploring the rocks in the falls.  There’s a sunset and birds and a family of black swans while we eat together, laughing hysterically at the birds desperately seeking people food.  Chatting until dark and then heading up a wooded trail next to a brook.  Chartreuse dots begin to appear on the ground cover and up the exposed walls of dirt on the right side of the trail.  Then an entire swath of luminous polka dots at eye level spellbind us all.  The speckles of the glowworms continue to lead us up the path, at times just small spots in the dark and other times jacketing the banks of the trail.  At the terminus, a waterfall splattering in the darkness and we just listen to it for a while.  Soft drive home, after reliving the glowworms on the path back to the car.  Climbing into bed and his right arm goes around me, my left around him, our foreheads together, my left leg between his legs… sleep. 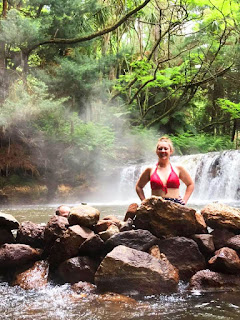 Backpacking
This task also took a bit of a tumble after my illness and some fallen plans with friends.  I ended up having to pinch hit and go out and camp by myself down in Cape Cod at a beautiful place… where it was then so late in the season that I couldn’t warm my feet up and my tent stakes wouldn’t stay in the sand, so I couldn’t keep the wind out of the tent because the fly wouldn’t stay extended.  During the night, I decided to pack it in.  Even with my -30 sleeping bag in 40 degree weather, I just couldn’t warm up my toes and was an adult.

Independent Film Festival
A friend and I got to see some films at the Boston IFF.  The highlight was a documentary about matchmaking HIV+ patients in India, Lovesick, and a Q&A with the directors afterwards.  I do not have the attention and stamina to consume media in a film festival format.

Graphic Design
I wanted to study graphic design when I did a college summer program in high school, but they stopped offering it that year and I ended up in metalsmithing instead, which lead me down a great path.  Still, I’ve always sparked to design and using art to spice up messages and words.  So I completed the graphic design specialization California Institute of Arts offers through the Massive Online Open Course (MOOC) provider Coursera.  I had actually missed the tedium of art homework.  I took a whole course on typography and I learned where the terms “uppercase” and “lowercase” come from.  I love that shit.  I got to learn how to use Illustrator and InDesign all by myself and the internet which was an adventure.  I got to mock up a company development guide (logo, typography, labels, color palettes, etc.) for a business selling honey and custom designed spoons… Can you believe how vapid the world would be if we removed the art from our visual communication forms?  Yeah, I’m the person who gets titillated when books have blurbs about the typography and font they selected for the text.  This is Book Antiqua, in case you were wondering. I got to make a logo for my dream job.