DeBass Me OR I Am Sexually Aroused By A Good Bassline 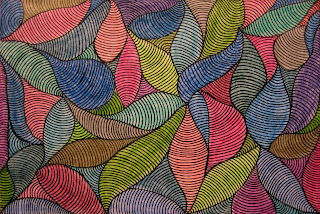 Not just, the bass.  Not like how the low end on Robert Delong's set vibrated parts of my body I didn't know were in my abdomen, no, no.  That's very arousing, too, but here I just mean the bassline of a song.  The bassline of a song can hold a tune together and be it's sexy, undulating underbelly.  Do you have a favorite?  I'll tell you mine, after the jump.
Basslines are beautiful and sure they vibrate the body in a sensual way, but they are so much more than that.  I don't even especially like the bass in an audio mix, I have the bass turned down in my car and the treble turned up because too much bass in an equalizer will quickly muddy the sound.  However, I have been thinking about this topic ever since I bought an album based entirely on one bass riff... way back in 2003.  It remains my favorite bassline and it's surprisingly simple, but it deeply pleases me every time I hear it.  Oddly enough, when I asked my husby for his opinion, he picked the same long forgotten song!  I won't keep you in suspense.  It's The Stills' "Still In Love Song."  (The riff in question happens at 1:20 in that video.)  It starts off so boring.  Like I said, simple.  It's there, hanging in the background, being a bassline.  When the chorus happens, the bass doesn't get any more complex, it just has that tiny change and a small scale as the vocals pull a word long.  It's like when you're eying someone vaguely attractive and then they start talking and are so affable and congenial you fall head over heels.  Spoiler alert, I made a playlist and embedded it at the end, so it's a good read along soundtrack, the tracks are in the order I mention them here.

There are some old chestnuts when people talk about basslines.  Not just the Vanilla Ice/Queen issue (ps, I'm still not sophisiticated enough to tell the two apart and when I hear the beginning of one I always assume it's the other and I'm always disappointed and this probably speaks to some larger issue of the projection of hope based on mood).  With the topic of bass, another Queen song usually pops up, "Another One Bites The Dust," along with Cream's "Sunshine Of Your Love," and Pink Floyd's "Money."  Those are some strong bass lines and they start off the songs, as well as provide the strongest melody to carry you through the song.  In "Money," that plucky bassline is what grounds the song through the guitar jam.  For that same reason, sometimes people also bring up The Allman Brothers Band's "Whipping Post" as another example of a strong bassline.  "Whipping Post" has a more complex bassline and it plays back and forth with the lead guitar.  But these songs are all from a similar era and aesthetic.  Why is this the canon most people are talking about?  Let's expand.

Oddly, two other tunes which stand out to me are from a similar era and aesthetic as "Still In Love Song."  The two others are "Seven Nation Army" by The White Stripes and "Are You Gonna Be My Girl" by Jet.  All three of these songs are actually from 2003.  A lot of The White Stripes' material is beautiful bass heavy, but "Seven Nation Army" has the bass front and center, carrying the song much in the same way as "Money."  "Are You Gonna Be My Girl" has the bass more enmeshed in the rest of the song and it fades to the back at times, while returning to the front at others.  These lines illustrate those different ways a bassline can play a critical role to a composition.

Let's go back to some older songs.  "Oh, Pretty Woman" by Roy Orbison and "Stand By Me" by Ben E. King are classic, clear compositions with an obvious chugging bassline at their heart-- If you were to hum one of these songs you would likely pick that bassline rather than the vocal melody.  Same with Lou Reed's bassline from "Walk On the Wild Side."  These songs operate differently than songs like "Come Together" by The Beatles, "My Sharona" by The Knack or Elvis Costello's "Pump It Up" where the bassline punches the vocal melody to add an underscore.  The bass in Bahamas' "Lost In The Light" underscores the beats in the melody rather than the vocal beats, but is another example of this concept.

The prominent basslines in new wave add a secondary harmony.  In fact, you hear that in new wave influenced bands like Jet and The Stills.  "Love Will Tear Us Apart" by Joy Division has a beautiful bass underpinning but in the Roy Orbison era, all the layers in "Love Will Tear Us Apart" would have all been separate songs.  With my ears which have heard the likes of Girltalk and mashups, I can hear how bands like The Cure took several complementary harmonies and overlaid them to create something like "Just Like Heaven."  Basslines in new wave serve to help mix the darkness and light.  "Town Called Malice" by The Jam has a downright jaunty quality for a song with lyrics like "time is short and life is cruel" but the bassline gives a flavor of darkness to the musical composition.  Even something like "Billie Jean" by Michael Jackson uses this juxtaposition.  You could take the bassline out of any of these songs and still have a beautiful song, but a very different mood.

Then there are songs where the bass is too inextricable to be removed.  "Elephant" by Tame Impala, for instance-- the bassline is the song.  Same can be said for the Breeders' "Cannonball," Blur's "Song 2," and "Schism" by Tool.  These are the songs where people tend to sing or hum the bassline just as much as the lyrics or the other melodies.  "Higher Ground," by Stevie Wonder is a great example of this, too.  Stevie Wonder's version has the bassline with a wildly funky Moog synth but the Red Hot Chili Peppers version, where the bassline is a guitar, would be unrecognizable if the guitar wasn't as powerful as the Moog it's replacing.

Speaking of that delightful Moog, let's talk about basslines provided by things other than a bass guitar.  I love that in the Phil Spector sound of 60's girl groups, the role of the bass is usually played by horns (a brassline, if you will), "He's A Rebel" by The Crystals and "Baby, I Love You" by The Ronettes being notable examples.  "Back In My Arms Again" by The Supremes is another one with dynamite horns as the bass structure.  Melanie's "Brand New Key" has piano, as does, I believe, Lesley Gore's "You Don't Own Me." There really isn't a bassline in "It's My Party" but the semblance of one comes from some great trumpets.  You could absolutely play the trumpets from Lesley Gore's "It's My Party" as a killer bass guitar and have a great tune.  Speaking of girl groups, Fontella Bass uses a regular ol' guitar in "Rescue Me" and it's fantastic.  Another honorary mention in this category is The Jackson 5's "I Want You Back."

In the spirit of trying to have a grander canon, what about things like rap and hip hop?  These are genres which rely on basslines to carry and ground songs, but they hardly ever seem to come up in discussions of great bass.  Even something like "This Joint" by Slightly Stoopid or "Santeria" by Sublime get left out of the conversation.  These basslines are catchy and important.  In the hip hop tradition, nothing says catchy and important like Notorious B.I.G. with "Hypnotize."  See also Young MC with "Bust A Move," The Sugarhill Gang's "Rapper's Delight," and OutKast's "Roses."  (Side note, have you ever seen the very fun video for "Roses"?!)  Rap and hip hop often feature basslines to keep the tempo, thereby providing a constant canvas for the rest of the elements.

But here, to finish us out, I just want to tell you some of my other favorites.  I got to see the Old 97's twice in one week a couple weeks ago and I got to diligently study how they perform their songs (and Rhett Miller's eyes).  I have heard "Timebomb" 116 times, Last.fm tells me.  I had never noticed how complicated the bass was until I saw Murry Hammond's fingers actually flying around the neck of the guitar, then I could pick out the sounds and appreciate how it's a very complicated layer under the other guitars.  I'm a huge fan of bass that keeps the song chugging along and "Choke" by King Charles is primo for that; it's a train under the rest of that track.  Some of the underbelly of Courtney Barnett's "Pickles from the Jar" is a jangling mess, but there's that patient bassline.  Same with Emiliana Torrini's "Jungle Drum," the bass is the stitches holding that together!  Two of my all time favorite songs have two of my all time favorite basslines:  "Gronlandic Edit" by Of Montreal and "Mushy Love Song" by Tsunami Bomb.  The Of Montreal song moves through a lot.  It's a very typical Of Montreal song-- existential, rich, falsetto, harmonious, pretty sexy, a little sad... and that plucking bassline I want to put in my mouth.  "Mushy Love Song" isn't really a typical Tsunami Bomb song.  Sure, they often have the pop-punk drums, the upbeat propulsive guitar, and lyrics which have been accused of being emo.  The version of "Mushy Love Song" I fell in love with isn't the one on their rarities collection, it's one I ended up with back when Audiogalaxy was still a thing.  The bass is loud.  The bass begins the song and travels strongly through the whole thing.  It's there holding down the fort when the vocals are slower, faster, louder, quieter, through the bridge, the breakdown, the long vowels held, the syncopation at the end.  That bassline is an old reliable friend you want to make out with.

Ok, so everyone's good with expanding the canon?  Check out this video of two guys playing just the drums and bass of a bunch of songs, so fun.  Between that video and this one of a kid picking 100 basslines, you will hear a bunch of these songs.  If you are into metal, here's a fun video comparing metal songs with the bass turned way down.  Let's give some bassists other than Pete Wentz some love and really appreciate that a bassline, not just the bassist, can be a real panty dropper.