A dear friend moved to Los Angeles. I went to visit him and fully expected to hate LA, having only previously been at the airport.  Over the course of my vacation, I was extremely surprised to find that I loved LA.  I'll tell you why, after the jump!
I expected to hate LA because I'm just not much of a city person.  And as much as I like driving, I do not like sitting in traffic.  I don't particularly like the heat and I have a general sense of misanthropy.  But, I found myself going to see my friend and he was going to be at work a couple of days, so I was left to my own devices.  Because I didn't rent a car, I have a fairly limited view of his neighborhood, but it was lovely.  I realize that all cities have the lovely parts and the shit parts and the weird parts.  My friend lives in a lovely part.
The first thing that struck me about the city was that it's not urban.  Which, on one level, I already knew.  But it was different to see it all sprawled out in front of me like that.  It was just strip malls, small buildings (which, as my friend pointed out, was also because out here they have earthquakes!), palm trees.  The streets were beautiful.  It was hot, but more in a nice warm pie kind of way, rather than the hot, soggy towel kind of way we get here in New Hampshire.  The people were kind, personable, friendly . . . but also left me the fuck alone (which was appreciated on several occasions).
It really is hard to understate the weather.  We left the apartment one day and it was perfect.  It was blue skies, warm sun, dry air, a cool breeze.  A breeze.  My friend goes, "Meh, I could stand for it to be a little less breezy."  I wish I had my face on tape when I looked at him and sternly said, "You shut your dirty mouth, you spoiled brat."  We went to the beach and drank wine and it was hot, but it wasn't uncomfortable.  It was like 95!  Here, when it's anywhere upwards of 78 the heat can turn unbearable quickly.  It was so sunny that I took a picture of the smoke from the wildfires and sent it to my friend with the following text:  It's too sunny for me to tell, but I think you can see the smoke in this picture! 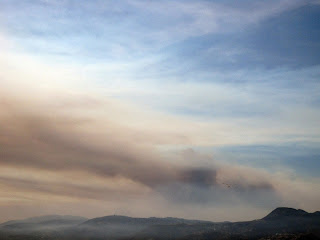 I got to see some incredibly bewitching art while I was there too.  The best of which was the Happy Show at the MOCA, which also appealed to my quarter life crisis status.  It was bright, captivating, spoke to my love of infographics, and yes, was happy making and positive.  It also carried a fantastic tone of sarcasm and wit, which I cherished.  We also went to a portion of the Urs Fischer exhibit, which was conceptually very interesting, visually somewhat interesting.  And we went to LACMA which also had a great collection and an exhibit on Stanley Kubrick. 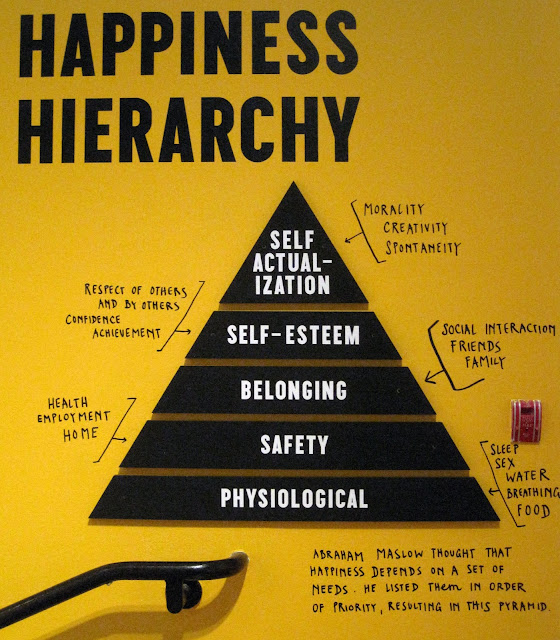 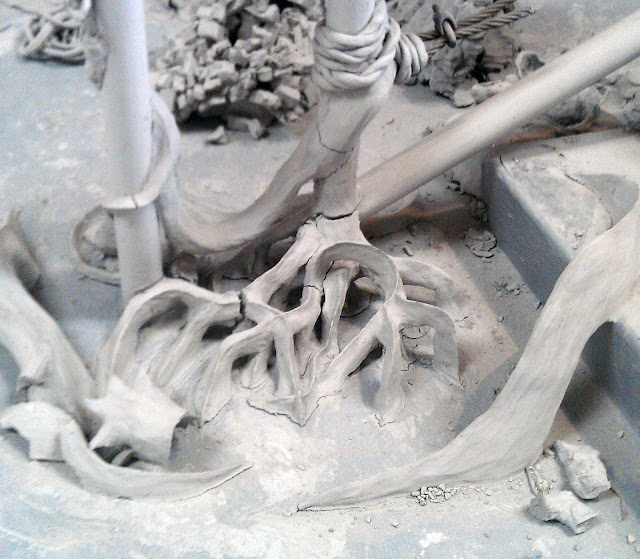 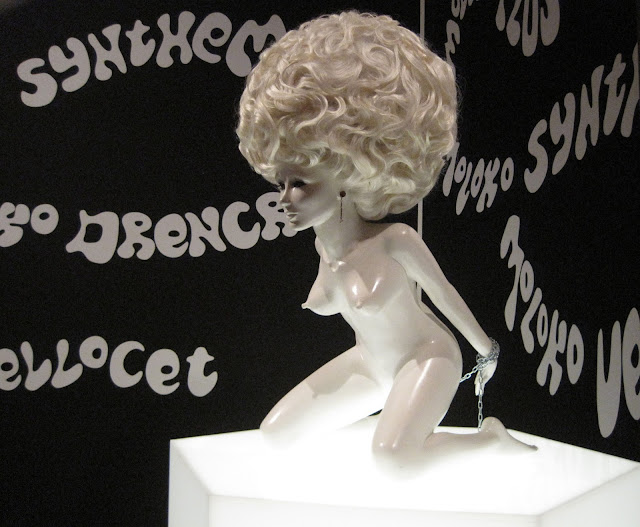 But, LA was really beautiful on the outside, too.  The beaches were just as exquisite as they purport to be.  The weather, check.  Palm trees and chill living (I got to experience a pool party in Glendale).  The sunsets, glorious.  Even the tarpits were cool.  It was all the amenities of the city, while living in the suburbs.  Say what you will about that, but I liked it.  I felt comfortable, which is something I do not feel in other urban settings.  Even when we went 'downtown' to where the tall buildings and the last bookstore are, it was like a different city and I didn't like it nearly as much.  Good on you, LA.  I finally get it.
After having driven with my friend, I think I could have done it.  He stuck to the surface streets, mostly, which also nice so that I got to see more of the city.  We never got stuck in any real bad traffic and for a city of drivers the number of crazy ones seemed disproportionately low.  Plus, the air was so nice, you could just cruise with the windows down!  It's a city for my car with no AC!
The visuals were nice, too.  New York is stylish, but it does tend to be a little monochromatic, especially when you take away the ads.  LA did have a particular color palette, but it was a splendid range of hues.  The sky, the palm trees, the sand, the flowers, the lights, the buildings, the logos.  I loved gazing upon it all, I wish I could have synthesized more of it.  I liked walking around, which I did an awful lot of.  I walked through Beverly Hills, West Hollywood, parts of LA, and frankly was bemused by all the city shit.  Sex shops, art galleries, stores that sell nothing but leggings.  I thought it stunning.
Thanks, LA, I've had a major change of heart and I hope I see more of you.  Though, one note on the weather.  The last I was there, it rained.  My friend cautioned me because he said that people go nuts when it rains because it happens so infrequently and that, in fact, people call out of work due to rain.  First of all, what the fuck.  Second of all, he was not wrong. 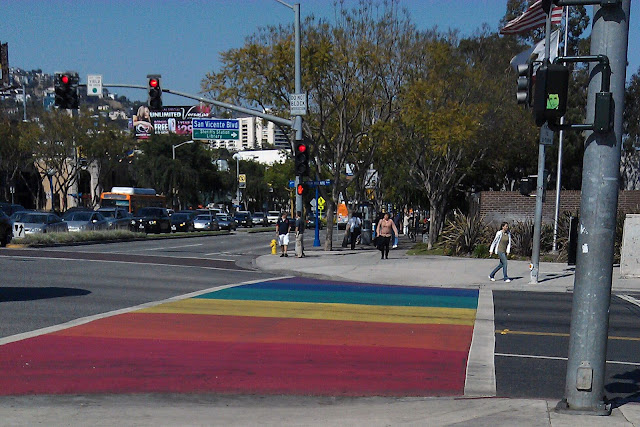 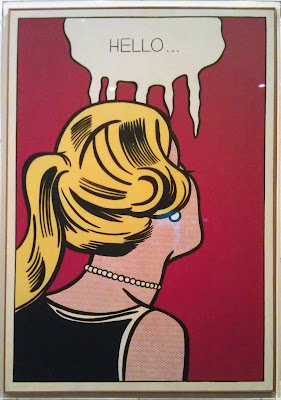 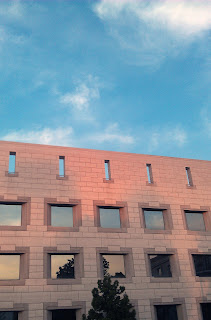 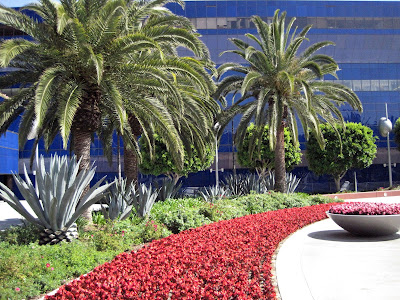 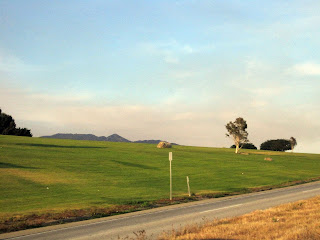 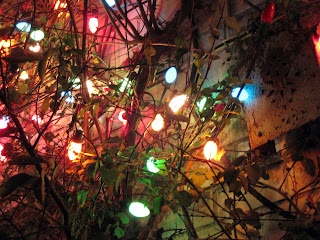 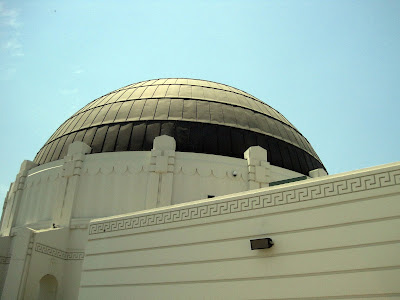 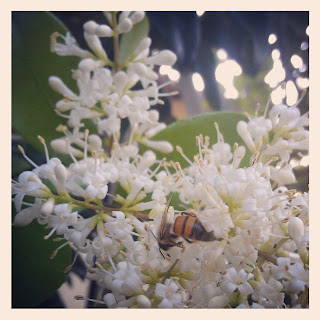 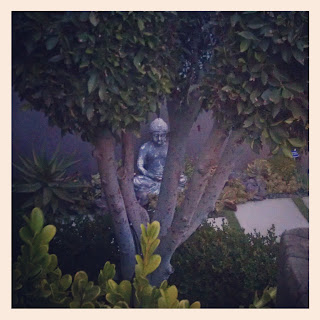